I decided to share what exactly I do when I create graphic art or cover art.  Granted, I can't show you everything because that would give away too many secrets but I wanted to show you some of the process.  I do this because I have actually heard a few authors say, "Cover art shouldn't be expensive--it's easy".  Yes, cover art is easy if you don't do it right.  Also, keep in mind a cover is not an image of a sexy dude or couple with words on it.  But I'll get to that in another post.  For now, let's see the finished product: 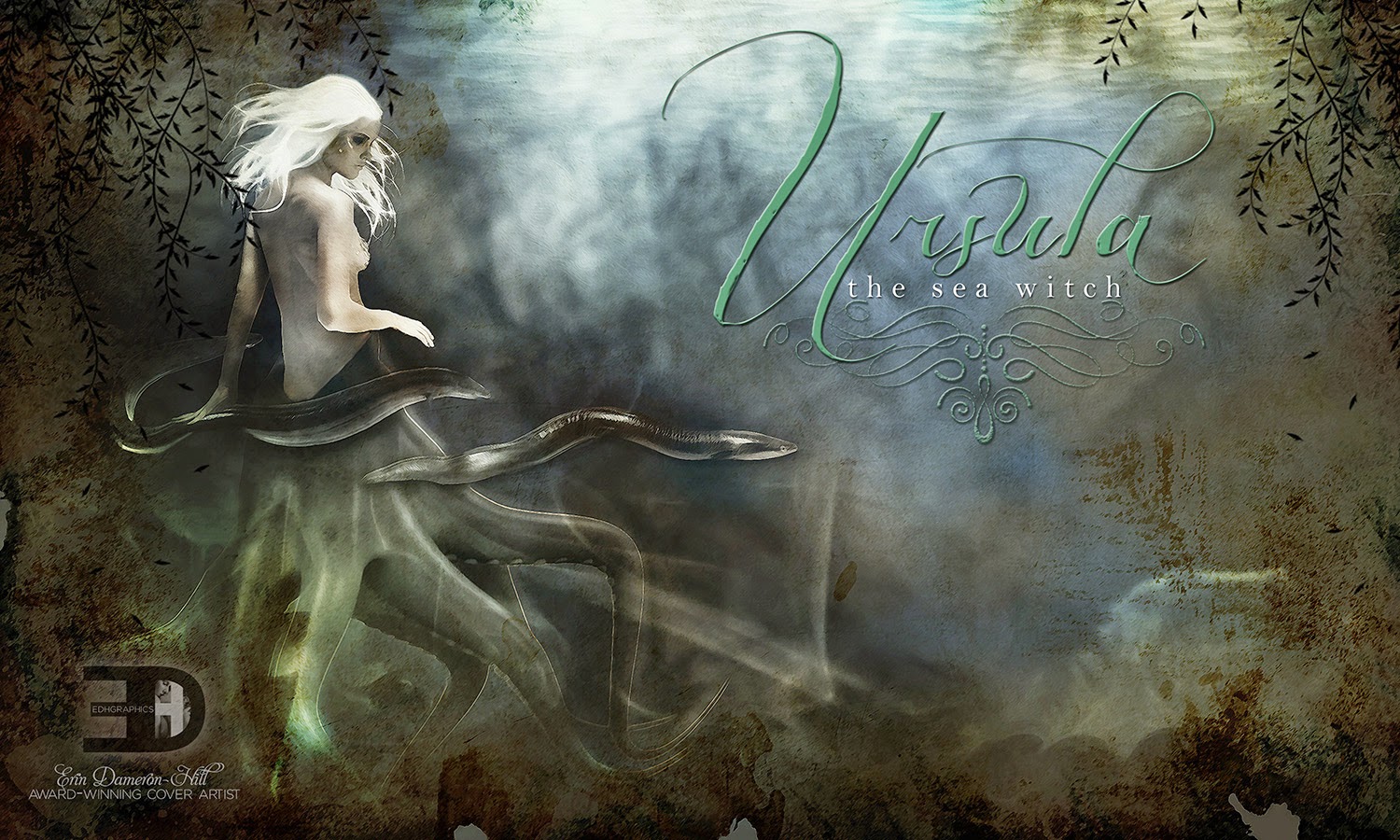 This is Ursula, the sea witch from Disney's "The Little Mermaid".  She doesn't look like the cartoon character and that's because I thought the cartoon character was a tad bit insulting.  So, only skinny, young girls can have a happy ending?  Sorry, that's another tangent.  Getting back to the art piece...I wanted to show Ursula as a sad woman.  Perhaps this was her right after her world was turned upside down, when she no longer had friends, just before her misery turned her into a ball of hatred.

Anyway, my interpretation of Ursula used the following images: 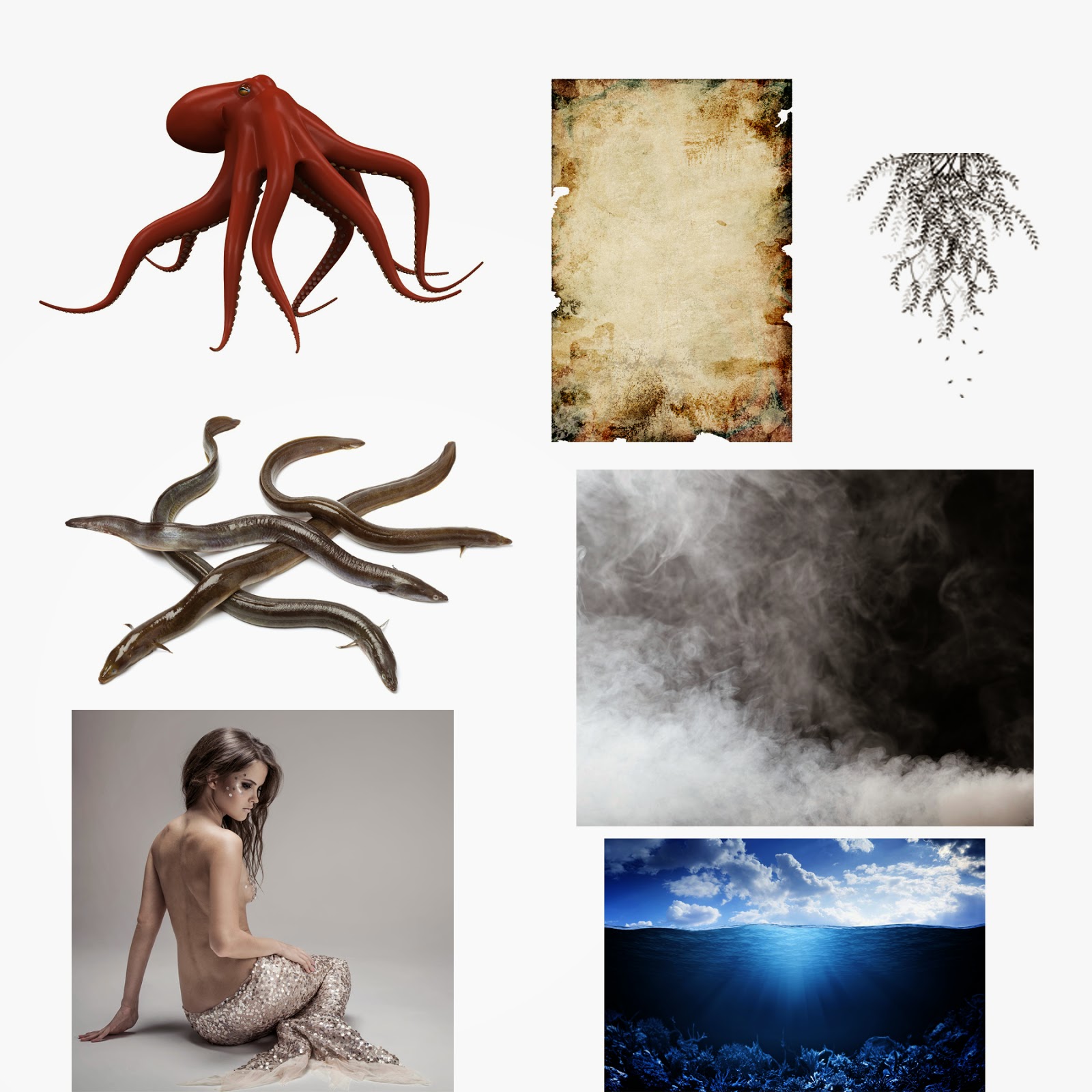 Can you see them all in the final product?  I wanted to first start out with a woman in a mermaid costume so I could better get the feel of what that combination would look like.
I first combined the mermaid, the octopus, and set up her pet eels: 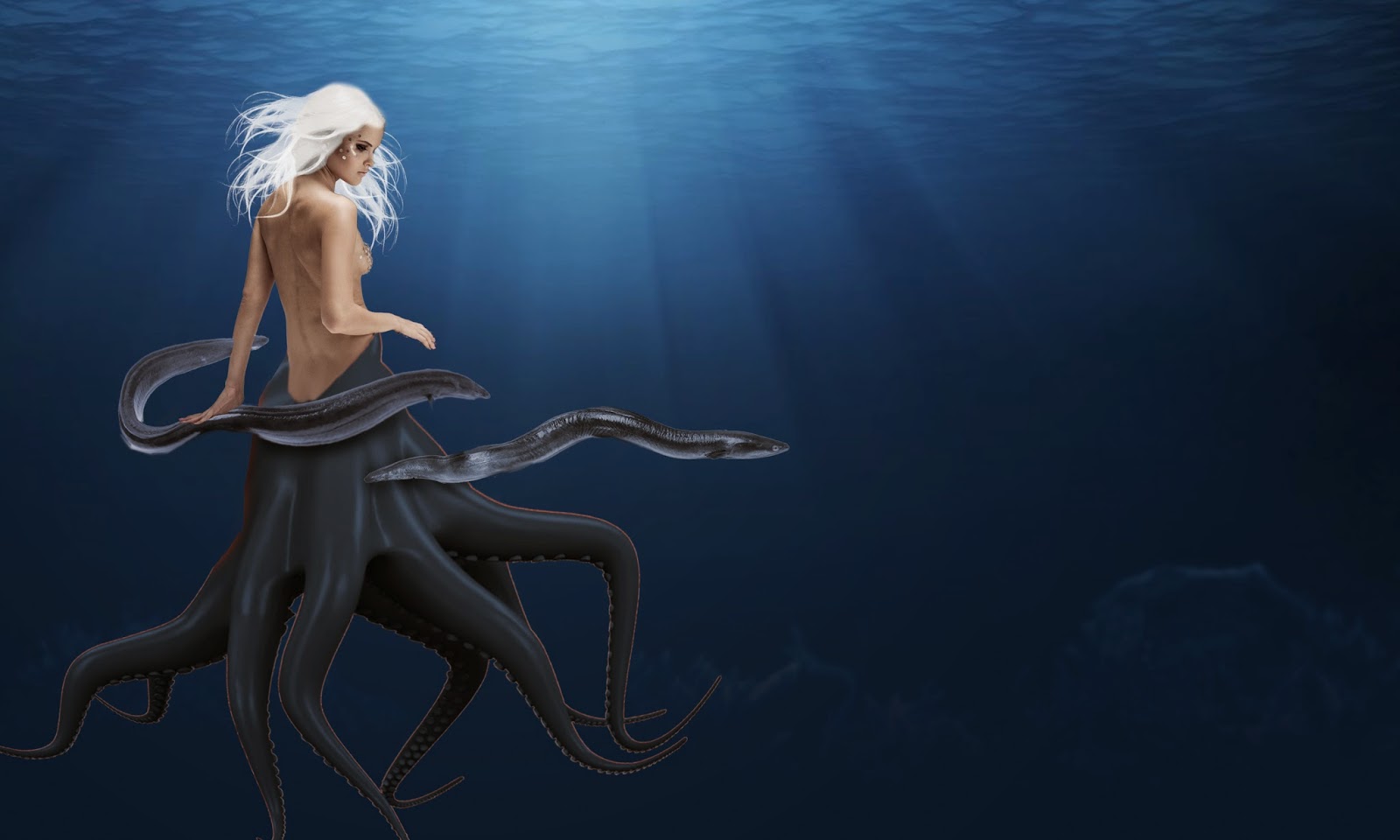 If I left it like this, it would be awful--very cut and pasted like many covers I see these days (that'll be another blog post). I painted on her hair and added a few shadows while I was there.  I colored the octopus and the eels the color I needed--a very dark blue, nearly gray.

The next step was to add her ink.  This would prove difficult because the art piece was already dark.  I took the image of the fog, inverted it, and got black fog.  I added that, added some light and here is that product: 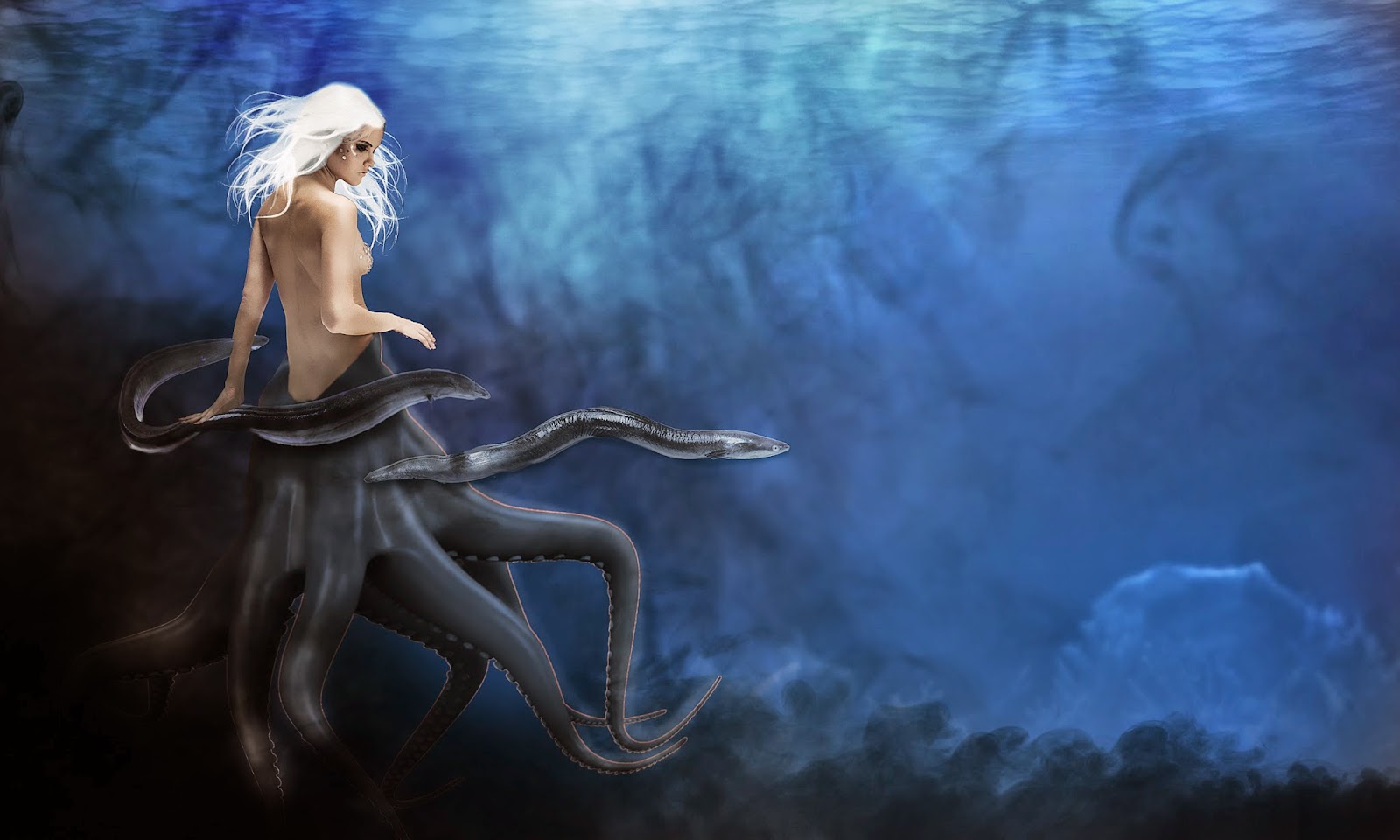 It's starting to get some texture.  I hate smooth images.  They don't feel real.  When I create covers, I always add texture of some sort.

Next, it was time to gray everything out.  The art piece was becoming far too blue and losing the feel I wanted.  I colored in gray so I could better see the highlights and shadows.  There were certain parts of the tentacles I wanted shown and certain parts hidden.  I also had to make sure everyone could tell the eels were not coming out from her body as the dark colors could blend in together. 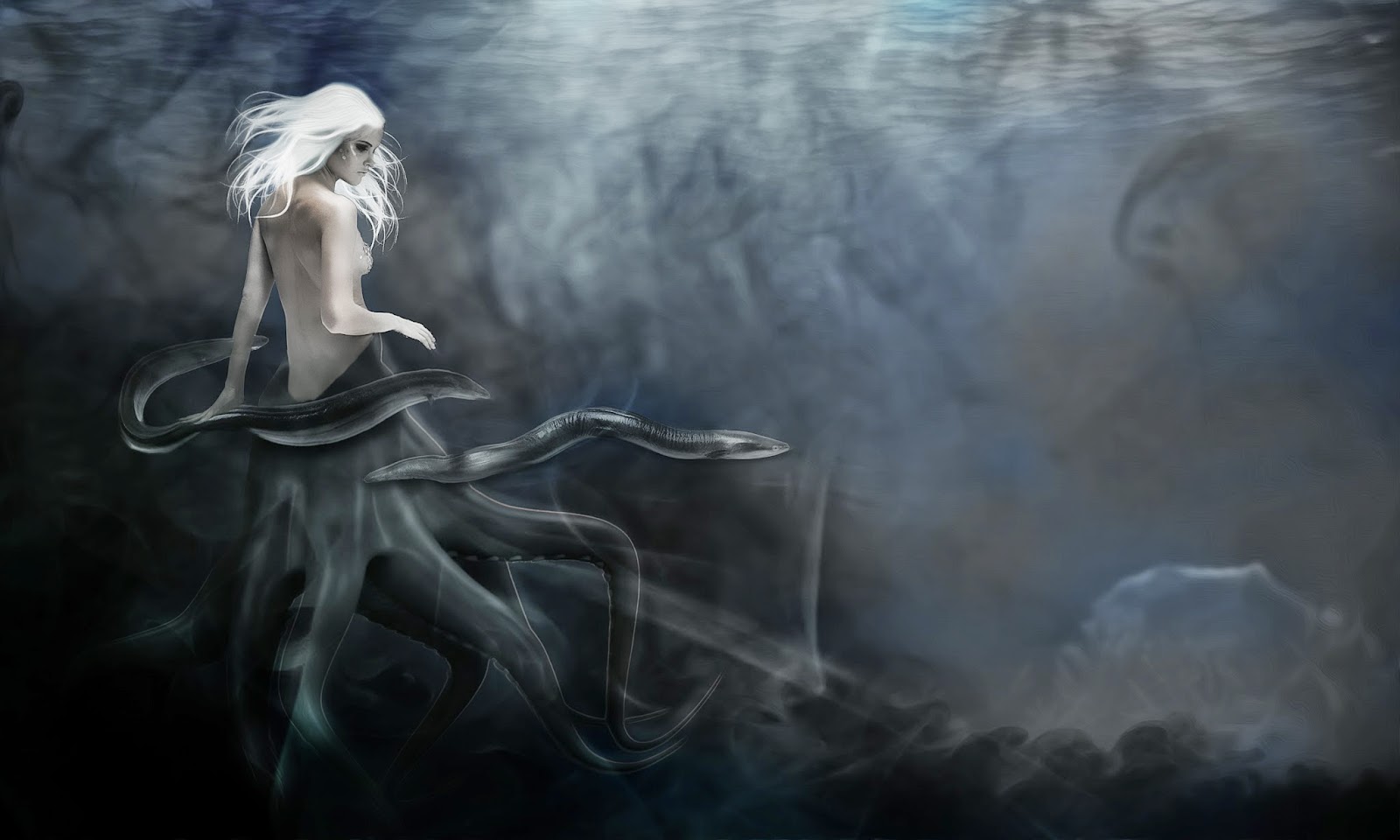 Once I realized what it was I wanted to highlight, I then began to add color once more.  I still wanted the gray feel but I needed some harsh contrast and I wanted some of the blue back. 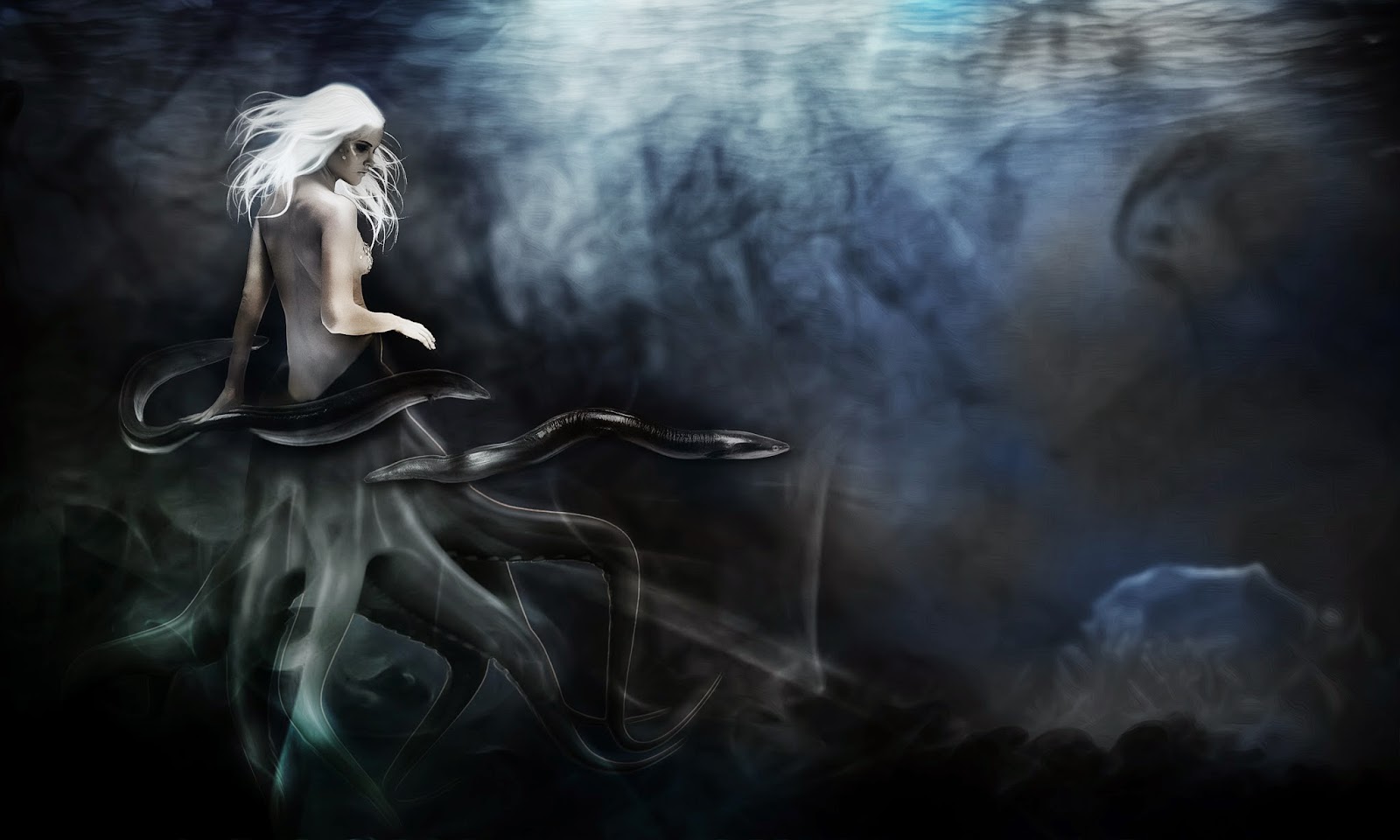 Next, I added more color--this time green.  I went with a Lomo style type of coloring because I love the depressed feel of it.  It would be perfect for this art piece.  I also added in another image to give more texture. 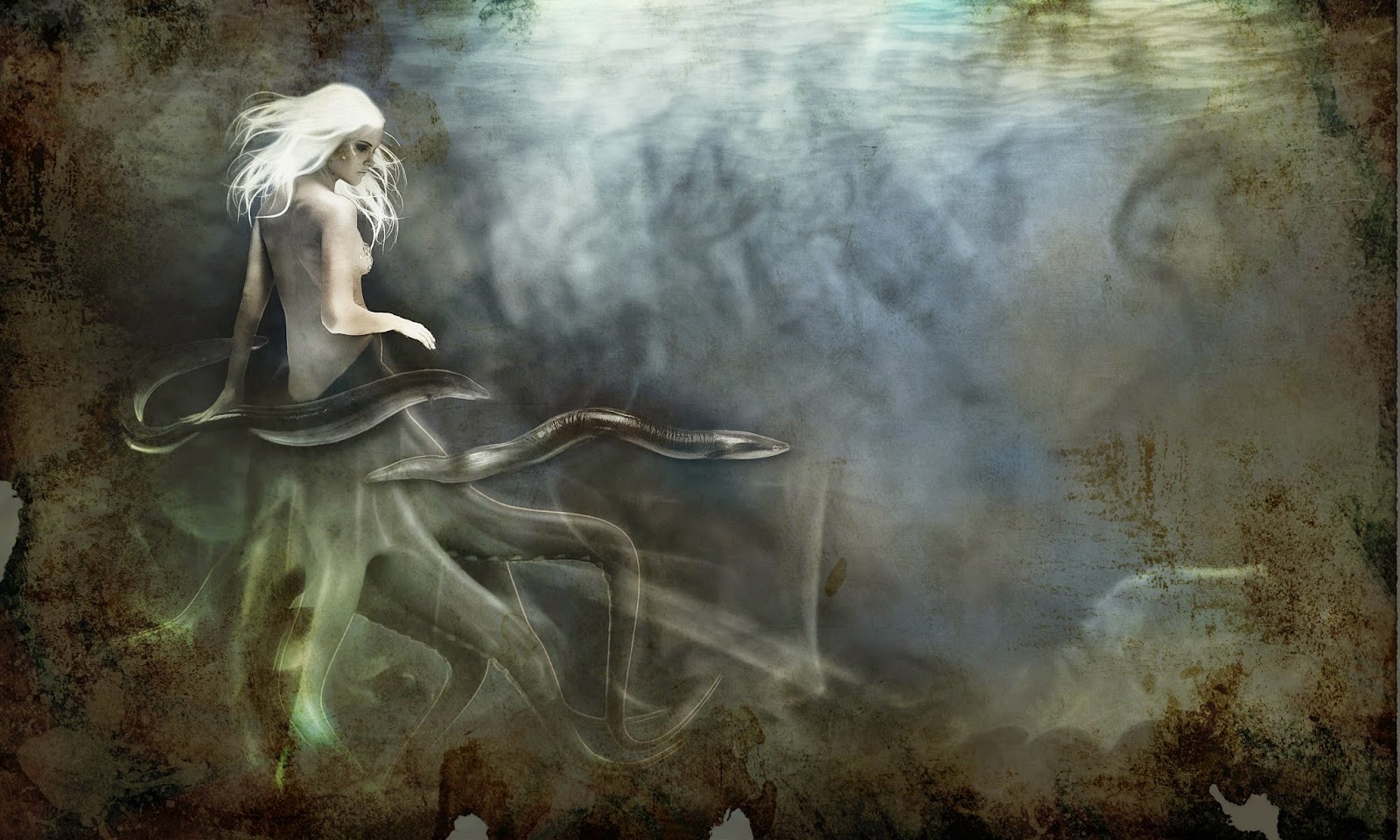 We're now getting toward the end of this art piece.  I painted a lot of the image to give it the right feel, I used hard brush strokes to make the edges harder, increased the lighting and the shadows, increased the contrast, added more color, and changed the size of the image.  I like having the models take up more of the piece.   I added in some plants because the piece was feeling a bit boring.  And voila!  The art piece without the fonts: 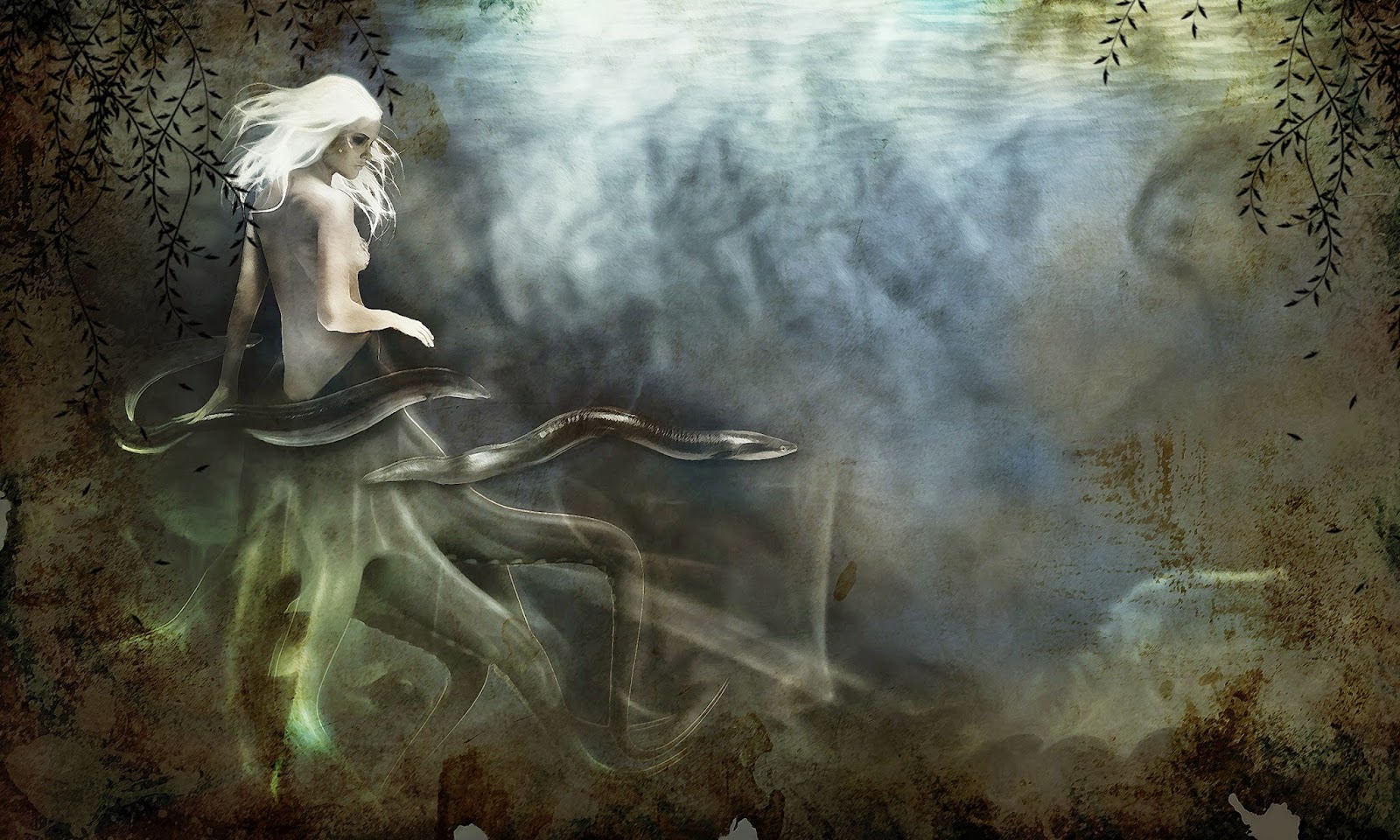 I know I only showed you six steps, but I have 76 layers for this piece.  If you've ever worked in Photoshop, then you know you need many layers to make an art piece.

I hope this has been enlightening and although I didn't show you everything I do, which would give away far too many trade secrets, I hope authors learned that creating art isn't easy just like writing a great book isn't easy.  It takes time and effort.  There is a great deal of work involved but just like writing, it's still really fun!